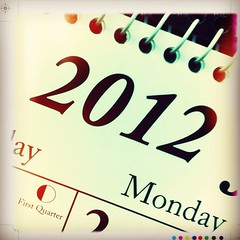 Companies that fail to keep a close eye on legal developments regarding pre-hire screening put themselves at risk of costly litigation. As every attorney expert in employment law can tell you, pre-employment background check processes are not the sort of thing you want to â€œset and forget.â€ A strong, easily defended pre-hire screening process should be consistently updated to reflect the latest EEOC and FCRA rulings. Moreover, states and cities consistently pass new laws about how employers can conduct pre-employment background checks. To protect your business, itâ€™s important to track pre-hire screening news and adjust your methodology accordingly.

Below, we list some of the developments pre-hire screening experts predict for 2012:

1. Increased scrutiny of criminal background checks by the EEOC.

The Equal Employment Opportunity Commission (EEOC) was formed under a mandate in the 1964 Civil Rights Act. The EEOCâ€™s main role is to enforce workplace anti-discrimination laws. Employers may not discriminate based on sex, gender, religion, race and age. Recently, however, the EEOC has been more critical of companies that reject applicants based on criminal background checks. Last July, the EEOC held a public meeting on whether considering conviction and arrest records in pre-employment background checks constitutes discrimination against ex-offenders.

There is some public support for this movement, as well. The â€œBan the Boxâ€ campaign urges the prohibition of criminal history questions on job applications for public positions. Overall, it appears this year will see more challenges to pre-hire screening procedures that involve criminal background checks.

A 2010 survey from the Society for Human Resources Management (SHRM) found that 13 percent of businesses check the credit score for all job candidates, while 47 percent order credit reporting for some applicants as part of their pre-employment background check process. Yet this practice is also facing increased scrutiny from the EEOC â€“ and some states already ban it.

Oregon, for instance, passed a law in February 2010 forbidding employers from making employment-related decisions based on credit histories. (Some positions are exempt from this rule, including bankers and law enforcement professionals.) Â California, Connecticut, Hawaii, Illinois, Maryland and Washington state also have laws on the books restricting the use of credit histories in pre-employment background checks.Â  Plus, at least 31 American cities have similar legislation. Donâ€™t be surprised if more states and cities follow suit in 2012.

More and more businesses are checking applicantsâ€™ social media profiles as a part of their pre-employment background check methodology. Facebook, LinkedIn, Twitter and other social networking sites are like a double-edged sword for employers. On the one hand, such sites often include so much information that companies could be accused of negligent hiring if they donâ€™t at least check out publicly available profiles. On the other hand, social media screening is becoming more and more controversial.

Some states are in the process of limiting this type of pre-employment background check. Maryland, for instance, requires only the governorâ€™s signature to sign into law legislation banning employers from asking applicants for social media login information. (This is the most extreme variety of pre-hire social media screening; if profiles are not available publicly, some private companies are asking candidates to provide login information.) In 2012, expect more states to restrict the use of social media in pre-hire screening.

In the early days of pre-hire screening, private detectives investigated lives in person. Scotsman Allan Pinkerton may have been the first to conduct pre-hire screening investigations through his company, the Pinkerton National Detective Agency. Pinkerton established many of the detective techniques weâ€™re familiar with today, including shadowing persons of interest.

My, how things have changed since then! Today, itâ€™s rare for pre-hire screening agencies to conduct investigations in person. Instead, theyâ€™re more and more frequently turning to automated process to conduct their investigations. This tendency has certainly boosted the efficiency of running pre-employment background checks, but it has also resulted in more inconsistencies and inaccuracies in pre-hire screening reports.

If youâ€™re looking for a knowledgeable, law-abiding, effective way to conduct your pre-employment background checks, itâ€™s best to avoid â€œquick fixâ€ solutions via smart phone or automated websites online. Instead, consider partnering with a pre-hire screening expert who has a proven history of providing top-notch pre-employment background checks.

[Photo by: danielmoyle, via CC License ]

We use cookies on our website to give you the most relevant experience by remembering your preferences and repeat visits. By clicking “Accept”, you consent to the use of ALL the cookies.
Do not sell my personal information.
Cookie SettingsAccept
Manage consent

This website uses cookies to improve your experience while you navigate through the website. Out of these, the cookies that are categorized as necessary are stored on your browser as they are essential for the working of basic functionalities of the website. We also use third-party cookies that help us analyze and understand how you use this website. These cookies will be stored in your browser only with your consent. You also have the option to opt-out of these cookies. But opting out of some of these cookies may affect your browsing experience.
Necessary Always Enabled
Necessary cookies are absolutely essential for the website to function properly. These cookies ensure basic functionalities and security features of the website, anonymously.
Functional
Functional cookies help to perform certain functionalities like sharing the content of the website on social media platforms, collect feedbacks, and other third-party features.
Performance
Performance cookies are used to understand and analyze the key performance indexes of the website which helps in delivering a better user experience for the visitors.
Analytics
Analytical cookies are used to understand how visitors interact with the website. These cookies help provide information on metrics the number of visitors, bounce rate, traffic source, etc.
Advertisement
Advertisement cookies are used to provide visitors with relevant ads and marketing campaigns. These cookies track visitors across websites and collect information to provide customized ads.
Others
Other uncategorized cookies are those that are being analyzed and have not been classified into a category as yet.
SAVE & ACCEPT
Scroll to Top